Our Dedicated Team of Attorneys 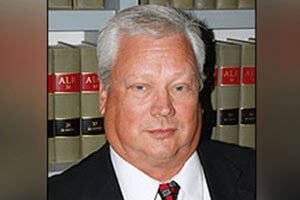 Craig E. Johnson is a partner at the law firm.

Steven D. Mottinger is a partner with Johnson Mottinger & Greenwood. He concentrates his legal practice in the area of criminal defense. For over 35 years, he has handled every type of criminal case, from lower level misdemeanor cases all the way to murder cases. In addition to his private practice, Steve has been a contract indigent defense attorney in Cass County, ND in several different capacities since 1983. In the past 35 years, he has handled numerous jury trials in both state and federal court. Steve lives in Casselton, North Dakota. In his spare time, he enjoys hunting and fishing. 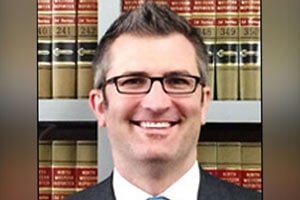 Jay joined the firm as an associate in October 2013 after spending the previous 8 years working for North Dakota’s Commission on Legal Counsel for Indigents. He became a partner in April 2015. He’s a North Dakota native, having been born and raised in Dickinson and is a lifelong resident of the state.

After law school, Jay moved back to Dickinson and worked as Law Clerk for Judges Schmalenberger, Hilden and Anderson of the Southwest Judicial District. Then, when North Dakota opened the doors to its first Public Defender’s Offices in 2006, Jay began with that entity in its Dickinson office. He practiced there until moving to West Fargo in 2013.

Jay continues to receive criminal and juvenile contract cases from the Commission to date. His primary practice areas include Criminal Defense, Child Custody, Guardianship, Mental Health and Juvenile Law. He is admitted to practice in North Dakota and Minnesota as well as the United States District Court, District of North Dakota.

Jay is a member of the North Dakota Association of Criminal Defense Lawyers. He serves on the Caseflow Management Committee and Caseflow Management Workgroup as well. Jay and his wife, Shanna, live in West Fargo with their three children, Max, Lucy, and Ollie and their bulldog Gwen. During the warmer months, you can find them camping, fishing, exercising or spending time with friends and family.